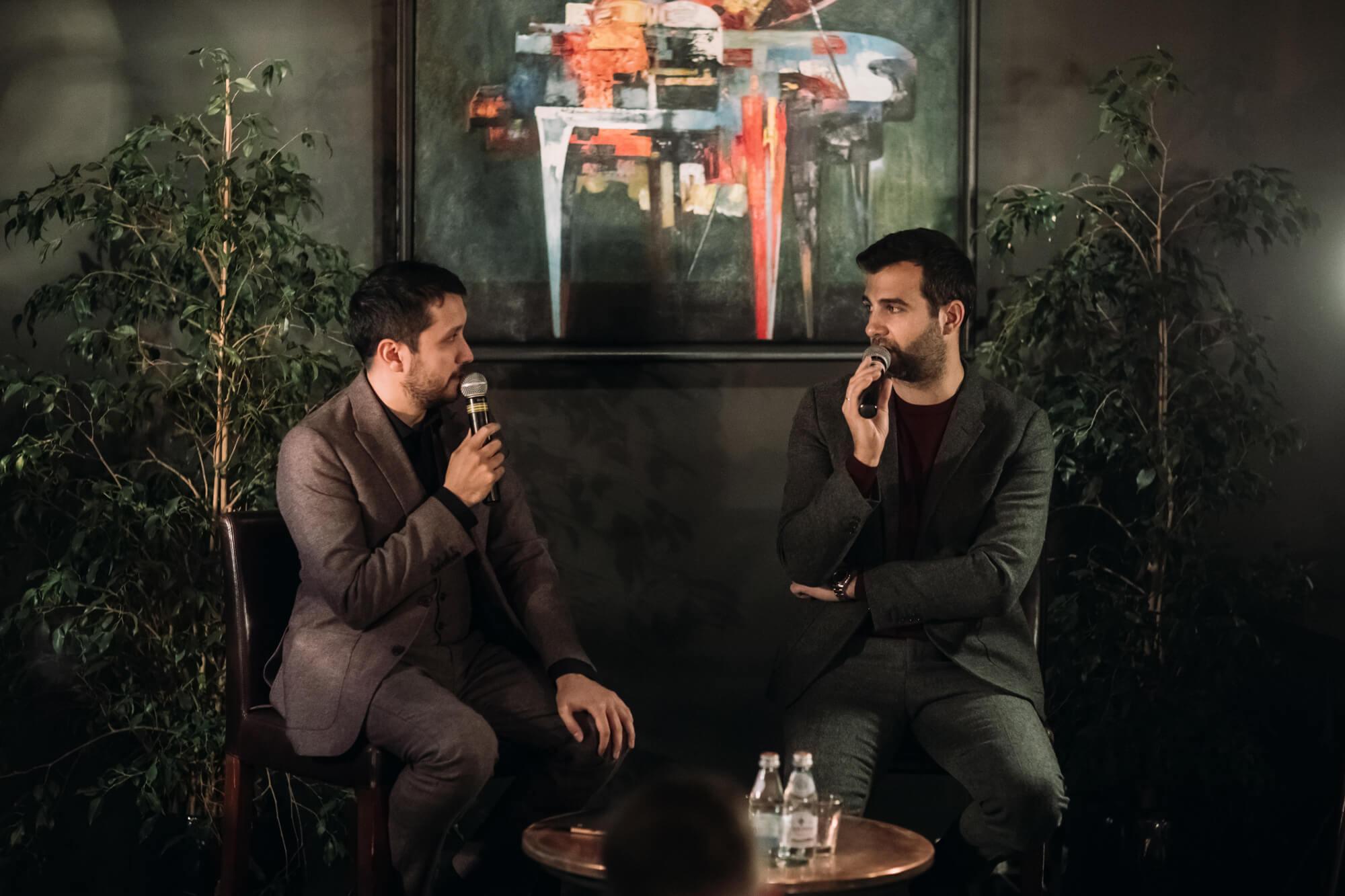 Ivan Urgant told everyone about his artwork that usually remains away from cameras and glossy magazines.
12 / 04 / 2017
Magazine / Events

Wine and conversations with Ivan Urgant

In the second series of the Wine and Conversations project, TV presenter Ivan Urgant told everyone about his artwork that usually remains away from cameras and glossy magazines

The second series of the #VINOIRAZGOVORY project took place in the center of Moscow. There was a nice atmosphere at the October event Hall fireplace, delicious wine and the best industry representatives. This time, Ivan Urgant was the guest of our private inspirational party.

The host told us about his artwork that usually remains away from cameras and glossy magazines for guests. He spoke exclusively about his work at weddings and private events. There was a lot of laughter and inspiration. Thanks to Konstantin Anisimov, who was the host of this meeting, the questions turned out to be relevant and exciting for industry representatives. They talked about scenarios, about force majeure at the events, about the agency's commission, about a modern host and the TOP15MOSCOW project.

40 minutes of conversation was planned for the second series. But instead, the meeting with Ivan Urgant lasted about two hours. There were a lot of questions from both agencies and TOP15MOSCOW participants.

It was a pleasant revelation to hear from Ivan Urgant that conducting private celebrations for him is really an enjoyable thing and a place for creative realization.

The TOP15MOSCOW project thanks Ivan for his candor, kind humor and openness!