Photoshoot In The Woods | Ideas | Photo And Examples 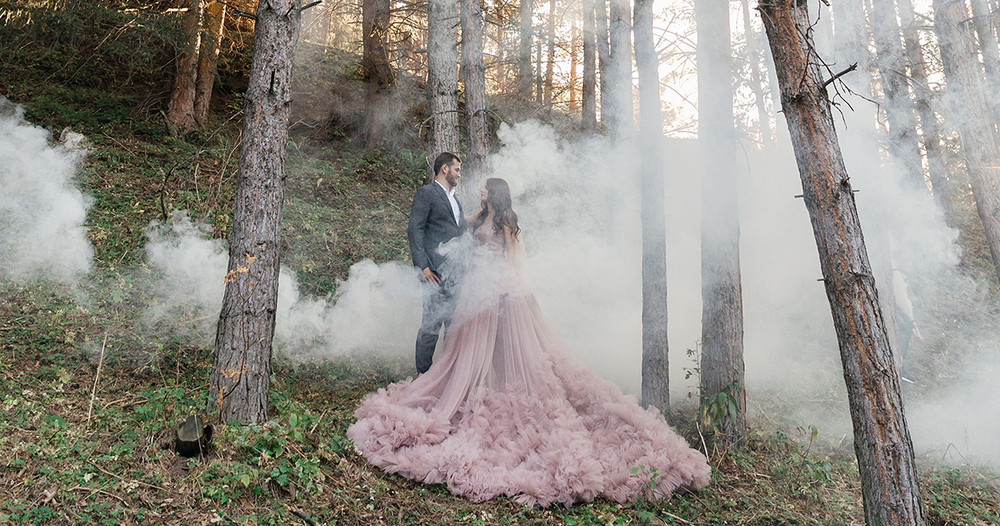 Example of a photoshoot in the woods in the photogallery of top15moscow.
24 / 07 / 2020
Magazine / Professionals

A fairy tale in the woods. This wedding videographer talks about creating a video love story

Roman Sizikov's wedding videos always look so naturally elegant that you may think that everything happened as it is in the film and the videographer only had to capture the moment in one take. This is not quite true. One can only imagine the great work that takes place before, during and after filming. Roman told us how an impressive love story filled with a magical atmosphere was created.

The team at The Family Pro studio received a request to make a teaser and photoshoot for the wedding. Roman Sizikov and Maria Dubrovina were faced with the goal of showing the bride and groom as two separate individuals who become one in a fairy forest. For this, Roman, together with the team, went to Kazakhstan — a transcontinental country mainly located in Central Asia.

On the morning of September 20th, the team flew to the city of Almaty and checked into a hotel. The next morning they drove to the Rixos Hotel to start working, but at first they were banned from filming. Luckily, the agency almost immediately resolved this issue. In Rixos they shot in the luxurious architecture of the hotel with the bride and groom on the stairs. Maria also took several portraits in the room at the same time.

Filming in the forest

The next day at sunset the team went to shoot in the forest. This place became the location for a true fairy tale that the bride had always dreamed of. The setting sun provided a magical play of light, and videographers also used smoke bombs to create a unique atmosphere.

The most difficult thing during the whole process was the dress. It looked fabulous, but the material tended to cling to everything. So, in the forest, the team had to literally clear branches to make a path for the bride. As for the drone, the place was like a paradise. The mountains have excellent signal, no obstacles and mesmerizing views of slopes and forests.

Roman found the music almost immediately, it was somewhat similar to the soundtrack for the movie, "The Sword of King Arthur" and brought to mind that fabulous era. During the editing, the videographer spontaneously got the idea to glue 2 frames, a portrait of a couple and mountains. He had not done this before, and it was this effect that allowed him to show the feelings of the bride and groom.