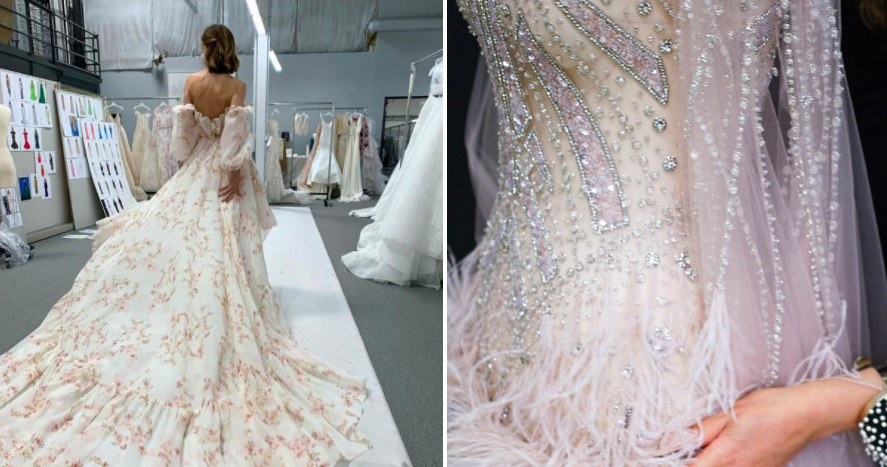 From Vera Wang to Elie Saab. How they became legends? Overview from online-magazine for brides top15moscow.
21 / 03 / 2021
Magazine / Style

How they became legends

There are wedding designers that every bride knows. Vera Wang, Zuhair Murad, Elie Saab dresses can't be in or out of fashion, because they are timeless symbols of wedding style. Here's how these and other legendary designers started their careers and became famous all over the world.

Vera Wang started out as an assistant editor at Vogue US, where she started after graduating from Sorbonne's Faculty of Art History. At the age of 23, she was already a fashion editor. It was this work that gave Vera her skills and exceptionally good taste. The next step in her career was the position of accessories director at Ralph Lauren. The very first wedding dress she created was for her very own wedding. This was the start of a legendary brand.

Vera Wang's dresses are deeply loved by countless celebrities including Meg Ryan, Victoria Beckham, Jennifer Lopez, Sharon Stone, Uma Thurman, Kate Hudson, and Kim Kardashian. You will also have seen her creations in a number of Hollywood movies from "Bride Wars" to "Sex and the City" and "Gossip Girl".

Monique Lhuillier's career also started with a creation for her own wedding. For the wedding in question, Monique created 25 dresses for her friends and relatives. A year after the brand was born, the first bridal collection made a splash on a fashion week runway. Monique Lhuillier's dresses are all about tenderness and feminity. It's no wonder that so many American stars choose Monique Lhuillier dresses for their red carpet looks. Monique Lhuillier's clients include the iconic Britney Spears, Reese Witherspoon, Drew Barrymore, Gwyneth Paltrow, Kristen Stewart, Taylor Swift, Blake Lively, and many more.

Zuhair Murad has been dreaming of fabulous dresses since he was a child. He was just 10 years old when he started to create fashion sketches whenever he got the chance. Zuhair Murad opened the first designer atelier with Lebanese roots in Beirut. Four years later, he announced his arrival with an iconic fashion week show displaying his first bridal collection and soon became every fashion editor's favorite. In 2012, he created a special collection for Jennifer Lopez's global tour.

Carolina Herrera grew up in a family with good taste in fashion and an excellent sense of style. Even when she was very young, she went to Paris for fashion weeks with her grandmother. Carolina created her own brand in New York in 1981. Her first line of wedding dresses was created six years after she launched her initial brand. The subtle aesthetic influences that have been instilled in Carolina since childhood have manifested in restrained, laconic, and minimalistic outfits. Her brand is exceptionally popular with stylish women all over the world.

In the 1980s, Carolina was considered one of the most stylish women in the world. She also inspired many artists, including Andy Warhol, who created her portrait in his famous style. Her celebrity client list features the likes of Jacqueline Kennedy and Michelle Obama – both style icons!

Jenny Packham graduated from the famous London College of Art and Design. She created her first collection in 1988, but only in 2006 after Milan Fashion Week did she became widely known. Soon after that, she was named the most stylish fashion designer of the year in Hollywood. Jenny Packham's dresses are often inspired by vintage pieces that the designer finds in flea markets around the world.

From a very young age, Reem Acra loved art, design, and creating unusual things for herself. Her grandmother was making decorative flowers from silk, which is where the famous designer became interested in working with fine fabrics. When Reem's friends learned of her hobby, they began to request outfits for themselves. After graduating from university, Reem launched her first collection.

The success inspired the designer to study in New York and at the Paris College of Art. For several years she has been collaborating with various fashion houses. Reem's first independent collection consisted only of wedding dresses.

Oscar de la Renta studied the history of art in Madrid. At that time, he also had a side-job as an artist, illustrating articles in magazines. The fashion designer's career began with the creation of a dress for a friend — she was the daughter of the American Ambassador to Spain at the time. That dress appeared on the cover of a popular magazine, and Oscar de la Renta became the hottest designer in Madrid's high society. He joined Balenciaga as a couturier assistant, then worked for Lanvin, Christian Dior, and Elizabeth Arden.

Oscar de la Renta's first collection was a huge success. In the 1970s, he became one of the most famous designers in the world. The infamous expression "fashion victim" is an Oscar de la Renta's quote. That's what he liked to call people who followed fashion trends without thinking.

Elie Saab got into design when he was very young. He was born in Beirut where he lived in a large family. As a child, he drew sketches and made outfits from old curtains for his sisters. When Elie grew up, he went to Paris to study fashion design. He showed his collection in Rome, but fame truly came knocking on his door after Halle Berry appeared at the 2002 Oscars in one of his dresses.