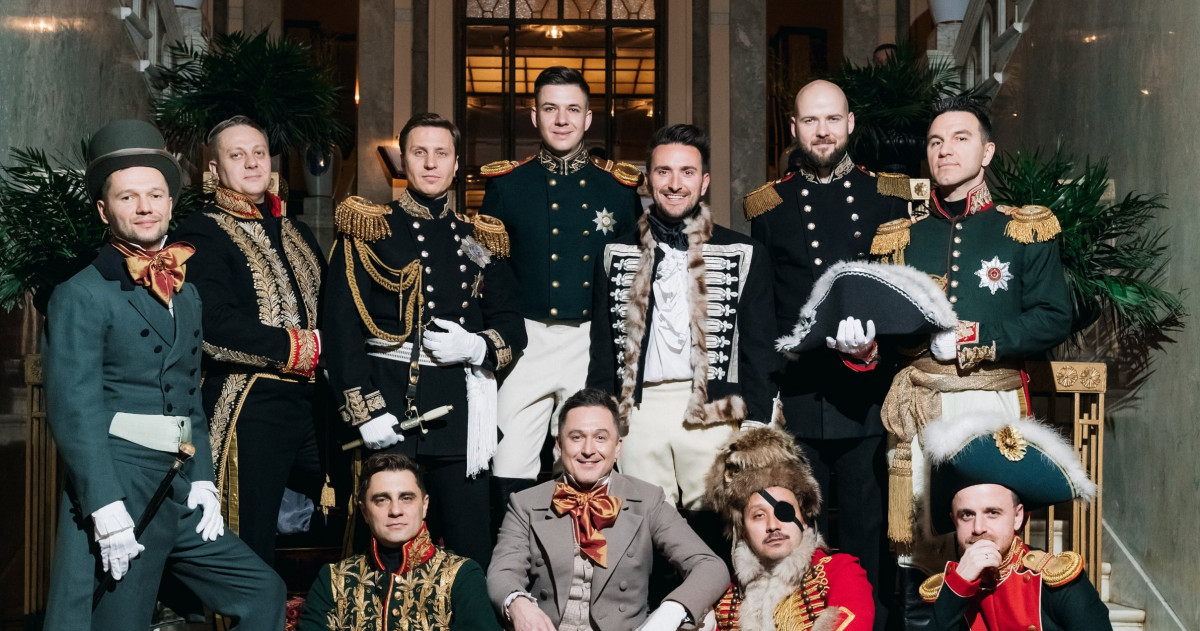 “We don’t strive to be the first, but we won’t allow anyone to be better than us,” — this is the motto of the proud hussars, brave and charming men of a bygone era. The hosts of the TOP15MOSCOW project tried on the hussar outfits together with representatives of the Belmond Grand Hotel Europe and photographer Andrey Baida. The aesthetics of the luxurious interiors, a personal tour and personally selected rooms with a unique history are just part of the warm welcome that awaited the presenters at the most famous hotel in St. Petersburg.

The rooms were personally selected according to the preferences of each host. Every room is named after a famous person. So, the presenter Egor Pirogov had a spacious apartment named after Fyodor Lidval — an architect who helped with the reconstruction of the hotel interiors. The presenter Konstantin Anisimov spent the weekend in the Kandinsky Suite. The room’s interior is designed to reflect the abstract art ideas of this great artist.

“Despite the fact that we left Moscow, it was “a return to home.” It was an unforgettable experience to be in such cozy rooms. I’m grateful to the representatives and staff of the hotel for their patience, sincere smiles and the comfort that they generously presented to all of us."

“It’s impossible to compare the feeling when we tried on the costumes and entered the hotel! It’s like you were in a completely different time period, but the time period is yours. Unlike other guys, I tried on a dandy suit. This made me feel amazing, and this feeling lasted until I left the hotel. Your head is held higher, the back becomes smoother and you enjoy it! The tour that the hotel staff prepared for us was unforgettable. It was incredible! We were filled with the atmosphere of the imperial capital, where the fate of the big city was decided. Oh, and what delicious breakfasts were at the hotel!”

“I got a room dedicated to the Mariinsky Theater — the opera and ballet theater. There were even sketches of costumes and decorations in the room. As a person connected with the dramatic arts, I was pleased to be in such an atmosphere! The hotel has a deep and magnificent history, and most importantly, this history is cherished. The hotel staff are open-minded people who are happy to share all the secrets of the hotel. They know all the fascinating stories about what happened here many years ago. They know everything about each corner of the hotel. And their eyes are always shining! These people gave us a lot of care and attention. I sincerely thank them. It was a heartfelt welcome. I confess that I have rarely been met with such warm hospitality.”

“When we arrived at the hotel and saw the inside, we realized that we were under-dressed. We were greeted by many doormen: one opened the first door; the second opened the next, and we were quickly moved into the luxurious rooms. There were such soft pillows! And the scent! There was an incredible smell in the room. I liked it so much that the staff even presented me with a bottle of this scent when I was leaving. I would like to sincerely thank everyone involved in creating such a high level of service and comfort here. The cooks, cleaners, administrator, managers — everyone!”

The looks of the other presenters were no less impressive.

“We were charged by the unrestrained energy that came from the guys. The hussars made a real splash, and our hotel hasn’t been so shaken  with laughter, jokes and songs for a long time. The guests who stayed at our hotel literally followed the hussars around to photograph them. It’s pleasant to note that the presenters created a comfortable atmosphere for communication, all of us quickly found common ground to talk about.”

The caviar and vodka sommelier of the Ikornyi Bar restaurant Alexander Dmitriev who conducted a master class and tasting session for the guys, also adds:

“It’s generally accepted that a presenter is a shocking showman, but, as it turned out during communication with the presenters, there is also a high intelligence, inner culture and tact to their profession. It was very easy and fun to lead my master class for such grateful and interested listeners. The guys showed interest in the culture and history of the city, the traditions of the hotel and the program that was created for them. All of us are now pleased to realize that we have found new friends and partners with each presenter and participant from the talented TOP15MOSCOW team.” “We really felt the care and warmth of the people who work at the Belmond Grand Hotel Europe. During these few days we have been able to completely forget about the capital's hassles, work issues and really enjoy the hospitable St. Petersburg.” 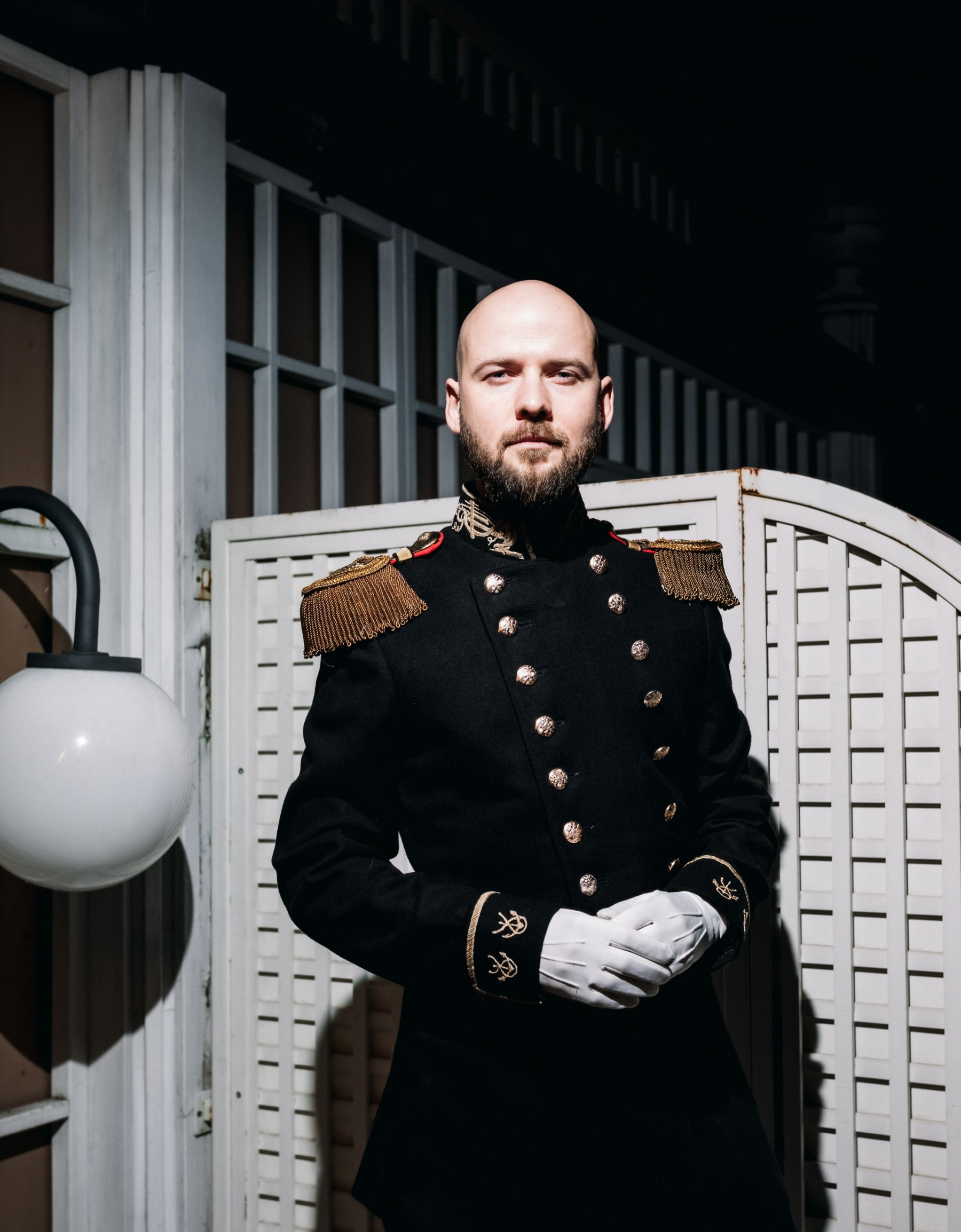 The TOP15MOSCOW hosts express their immense gratitude to the representatives of the Belmond Grand Hotel Europe for their attention, warmth and a unique opportunity to become a part of another era. To appear in completely unfamiliar historical costumes —  impressions that each of them put in their memory for a long time, along with in their suitcases, during their return to the capital.